Book One: Rise of the Goblin King

Rick and his friends got their hands on the most exclusive invite of their generation: an invite to beta test the new tabletop RPG, Mantidom, the most immersive game ever created.

Skimming over the introduction and warnings they dove right in and found themselves in a whole new world, one that was threatened by a goblin invasion and a malevolent entity that was as ancient as it was evil.
​
A world that expected them to save it… or die trying. 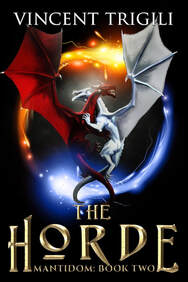 Smoke returns to the homeland of his people to find its cities in ruins and barbarians sweeping through the land. Raven and the others find themselves bogged down in the political dealings of their new family and all the while, the darkness plots its next move… 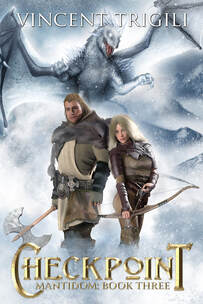 Once again the ten heroes must split their paths if they are to accomplish all that needs to be done before the final war. Crag and Tulip journey to the land of eternal winter in hopes of solving the dwarven problem, while Raven, Kira, Smoke and Listra head to Dragon Holm to learn true history of the fractured worlds. Meanwhile Rock and Orchid need to meet with the human king to form an alliance, the only trouble is that no one knows where he is.

All the while the dragons and the darkness are moving forward with their own plans as each group races towards the final battle. 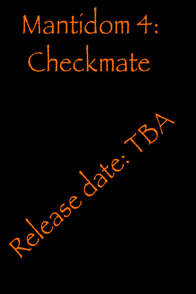 The world has reset, and all that the heroes have built is gone, or is it? Strange things leak through from the prior time line, and a surprise awaits for them in their former home. The Eater of Realms is racing ahead with its plans to destroy the world, a world that has forgotten them.