The Lost Tales of Power

Volume One: The Enemy of an Enemy 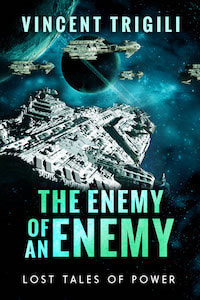 When a research colony falls silent deep in Imperial Space, young officer Vydor and his crew are sent to investigate. But they soon discover a new enemy whose ancient magic could change the multiverse forever…
​
A riveting fusion of sci-fi and fantasy. 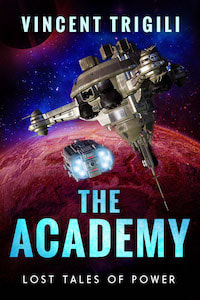 The Empire had fallen, and the Imperial Navy was disbanded leaving James with nothing but his nightmares to remind him of the role he once played in The Great War. James must now face his new life in a new era where science and technology must share the stage with sorcery and wizardry, and a new ever-present shadow of evil lurks over the remnants of the once great Empire. A new generation of warriors will be needed to fight this battle. James is determined to be part of that new generation and maybe find freedom from the nightmares that control his life. 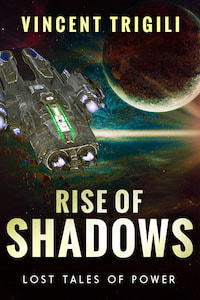 In The Enemy of an Enemy, darkness came to the Empire, and magic was born from the bowels of men’s fears. The great and mighty Imperial Navy had to face and overcome unspeakable horrors. In The Academy, fledgling wizards were gathered and trained to fight back and keep the light, while the darkness laid in wait, biding its time and silently gathering its forces. Now as warriors of light, those wizards must begin to make a stand against the rising tide of darkness or watch their realm be overcome!
​
Shadow must build and train a team of wizards to venture out of the safety of their fortress to discover the source of the strength behind the powerful pirate forces that have taken control of the majority of space around Alpha Academy. This quest will put them on the road to discover a dark truth about their realm’s past that none had ever even imagined. 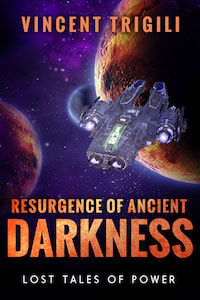 When Shadow’s team healed reality by closing the last tear they paved the way for a new evil, one that has been patiently waiting for its chance to rise again. Shadow must build a navy out of his fledgling Battle Wizards and carry the fight to the enemy before it comes for them. Meanwhile, the old man and his steel-eyed partner are making their own plans, and the peace that once reigned throughout the galaxy has come tumbling down. 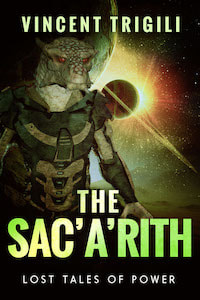 Clear across the galaxy from where Grandmaster Vydor is building his kingdom of wizards, a new darkness is rising up. Soldiers who die in battle are standing back up and switching sides by the thousands. Entire space stations are being wiped clean of life and it seems that the military is powerless to stand against this rising tide of death.
​
One man, perhaps more dangerous than the darkness itself, and his apprentice, the former slave of a street thug, have risen up to stand in the gap against this new wave of darkness. Will they be enough to prevail? If they succeed, will their region be the better for it, or will they usher in an even greater evil? 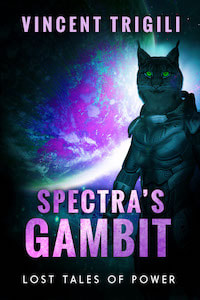 An old ally of Grandmaster Vydor comes to him for help because an enemy, perhaps as old as the Empire itself, has turned its sights on his Cathratinairian race and means to wipe them out. Spectra and Dusty are sent to find and stop this new threat, while Spectra begins her plan to change the balance of power for the entire known multiverse. Dusty must decide to follow Spectra as she uses this mission of mercy for her own gain, or stand with the Wizards Kingdom, which could put him in direct opposition to his wife. 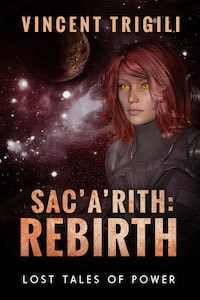 All Zah’rak wanted to do was train and work with Narcion, but now Narcion is dead, leaving Zah’rak and the others without guidance or a plan. Cyborgs, Resden, and many others are after their blood, while Phareon tries to be their puppeteer.

Before Zah’rak can get far, Raquel reappears and offers them their dream: to be real wizards and full members of the Wizard Kingdom, but Zah’rak does not trust her or the offer.
Meanwhile, the Korshalemian sorcerers are up to their old tricks again, and it is up to Zah’rak, Raquel, and the others to discover their new plan and prevent a new great war. 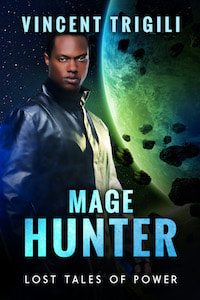 Lyshell is a super warrior. He represents the best that technology can produce in the face of the growing threat from magi, but he shelters a secret so deep that even he does not know it. While he searches for himself, the Cyborg Nation is making a move to grab power and threaten the foothold the Wizard Kingdom has achieved in the Phareon Region.

​Can Lyshell find himself in time to save what is left of his humanity and stop the cyborgs, or will the very technology he depends on enslave him? 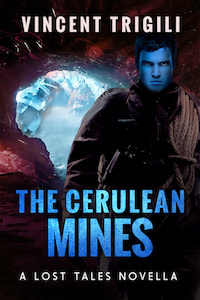 There is a region of space that is so hostile to life and magic that anyone sent there dies from exposure alone and yet it holds a valuable resource that must be mined by hand. Cory was sent to these mines to die, and yet he must survive in order to rescue his best friend’s widow. He just has to live long enough to make it happen.